All Collections
Poll results
How are the scores calculated?

How are the scores calculated?

When a poll has more than one option, how is a clear winner determined?

Updated over a week ago

Ranked polls simulate the election process, called Ranked-Choice Voting, and require a majority of votes to have a winner. Each respondent is asked to rank every option within the poll. As you can see below, we ran a 100 respondents poll test and the first option was the winner with a score of 54 after two rounds, 23 first-place votes, and a total of 27 votes after all the rounds, a total of 54% selected option A.

This methodology for selecting a winner is called Instant Run-Off Voting (IRV). Respondents in IRV campaigns rank the options in order of preference. In some cases, this can result in multiple rounds of voting. In each round, the option with the lowest votes is eliminated until the top choice remains. Here is an example of a poll that went through two rounds of voting: 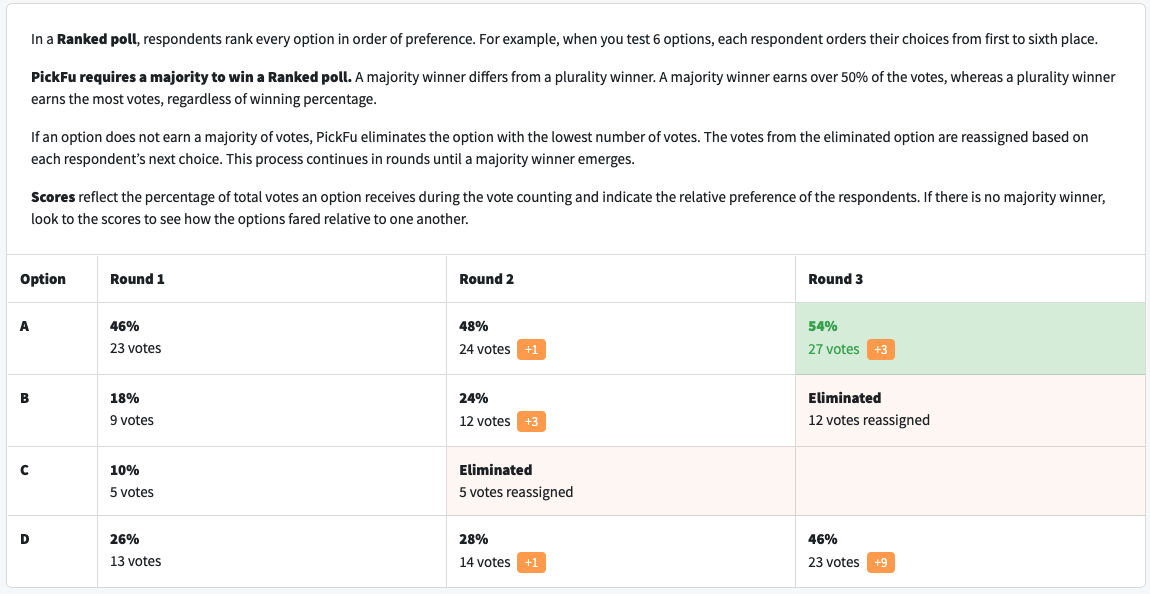 The last step is calculating the scores. The score is the percentage of total votes an option receives during the vote counting. Scores indicate a relative preference between different options. Only the winner of a Ranked poll will have a score greater than 50.

Benefits of a Ranked poll-

In a Head-to-Head poll, options are presented to respondents in consecutive 1:1 matchups, meaning two at a time. Respondents vote on each matchup and provide written comments about why they chose one over the other. Each option is tested against every other option and assigned an overall score. The score for each option is its number of “won” votes divided by the number of matchups that the option was in. The winner of a Head-to-Head poll is the option with the highest score. In the example below, all four options are ranked against each other in a Head-to-Head poll with all available 1:1 combinations. 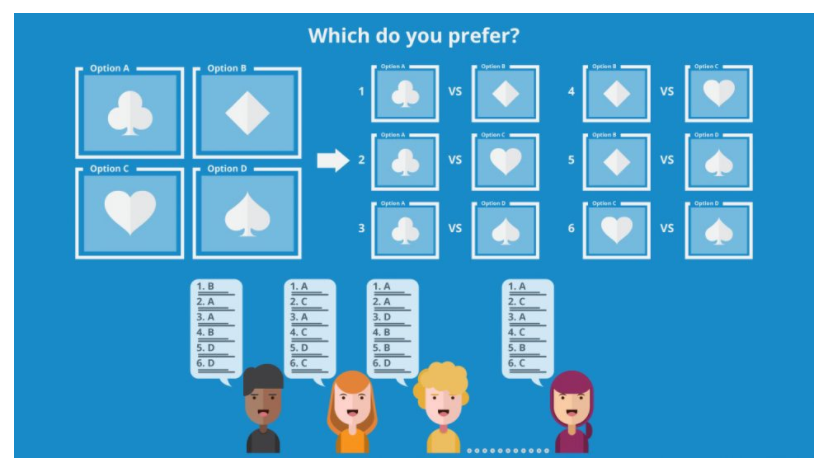 Benefits of an H2H poll-

Here are some helpful articles related to scoring:

Anatomy of a PickFu Poll