What's the difference between a Ranked poll and a Head-to-Head (H2H) poll? Which is right for me?

PickFu offers a range of products for your polling needs. When you’re testing three or more ideas, you can choose between PickFu Ranked and PickFu Head-to-Head. 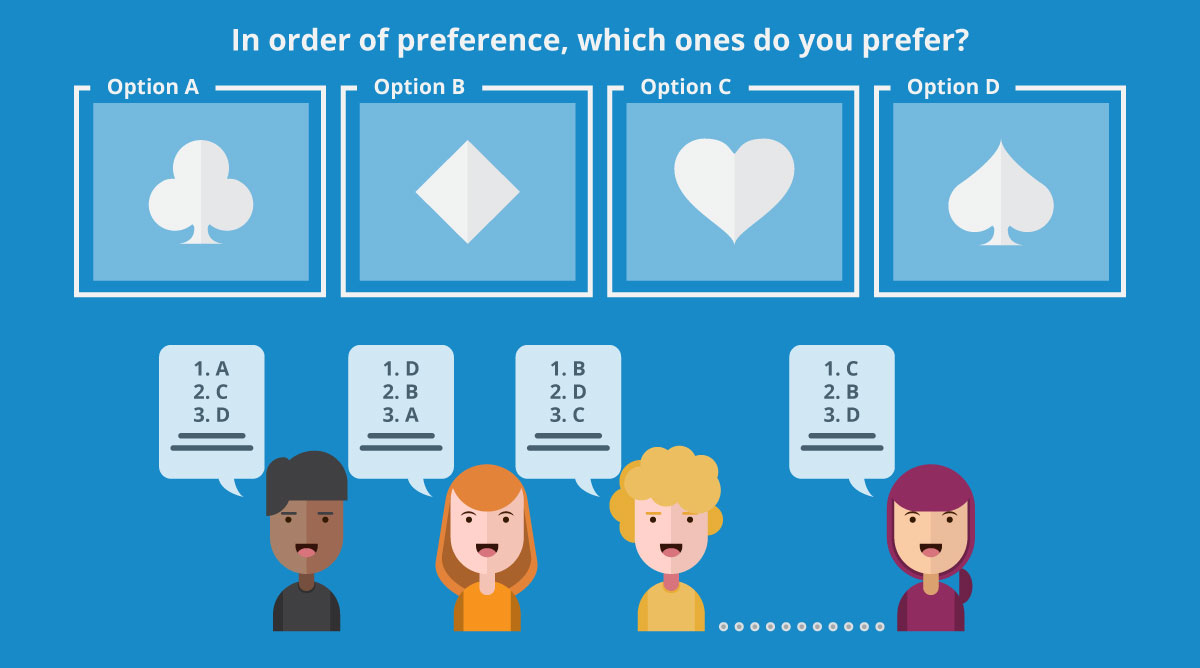 1. How ideas are presented

Ranked poll - In a Ranked poll, we’ll present your ideas all at once to respondents. Each respondent will rank their favorites as #1, #2, and #3, then write a comment explaining their ranking. We’ll aggregate their votes to name an overall winner and rank the rest of the ideas.

Head-to-Head poll - In a head-to-head poll, ideas are presented to respondents in head-to-head matchups, meaning two at a time. For each matchup, respondents vote on their favorite of the two options presented and provide a written comment about why they chose one over the other. Each idea is tested against every other idea in the set – sort of like how in a softball league, each team plays every other team. These paired matchups will be aggregated to reveal an overall winner and the rest of the set will be ranked.

2. Cost and time to complete

Generally, the Ranked poll will take less time to complete and cost less than H2H, depending on your targeting criteria. The Head-to-Head poll will be more comprehensive, providing more written feedback. 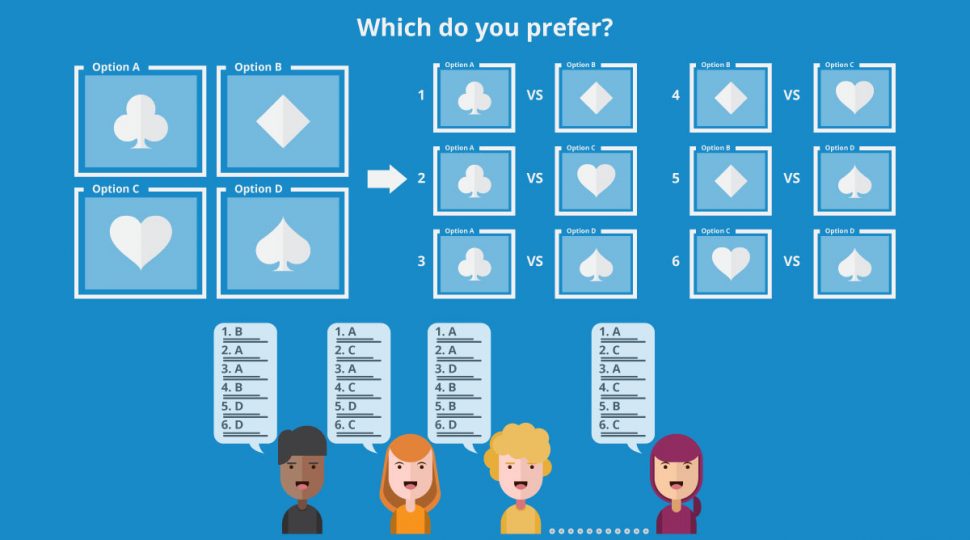 Which one is better?

The best poll depends on your desired end result. If you want to get the results as soon as possible, then a Ranked poll is likely your best option. However, if you want more comprehensive feedback, consider a Head-to-Head poll.